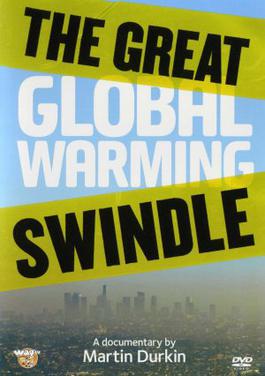 'The Great Global Warming Swindle' - backed by eminent scientists - is set to rock the accepted consensus that climate change is being driven by humans.

The programme, to be screened on Channel 4 on Thursday March 8, will see a series of respected scientists attack the "propaganda" that they claim is killing the world's poor.

Even the co-founder of Greenpeace, Patrick Moore, is shown, claiming African countries should be encouraged to burn more CO2.

Nobody in the documentary defends the greenhouse effect theory, as it claims that climate change is natural, has been occurring for years, and ice falling from glaciers is just the spring break-up and as normal as leaves falling in autumn.

A source at Channel 4 said: "It is essentially a polemic and we are expecting it to cause trouble, but this is the controversial programming that Channel 4 is renowned for."

Controversial director Martin Durkin said: "You can see the problems with the science of global warming, but people just don't believe you - it's taken 10 years to get this commissioned.

"I think it will go down in history as the first chapter in a new era of the relationship between scientists and society. Legitimate scientists - people with qualifications - are the bad guys.

"It is a big story that is going to cause controversy.

"It's very rare that a film changes history, but I think this is a turning point and in five years the idea that the greenhouse effect is the main reason behind global warming will be seen as total bollocks.

PaCmAns NOTE: This is just one of the ways these sun cults are playing there satanic game on the population.
IMPORTANT: The pacsteam.pt.vu and pacman.pt.vu backup link will expiire - use the main link from now on
A SUN CULT + WORLD DOMINATION = "THE NEW WORLD ORDER"
"None are more hopelessly enslaved than those who falsely believe they are free." -Goethe

Topic updated
IMPORTANT: The pacsteam.pt.vu and pacman.pt.vu backup link will expiire - use the main link from now on
A SUN CULT + WORLD DOMINATION = "THE NEW WORLD ORDER"
"None are more hopelessly enslaved than those who falsely believe they are free." -Goethe